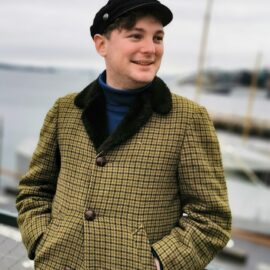 As well as performing, Rob has also got over 10 years of experience in independent concert promotion, and has been the Events Manager at The Globe Newcastle since 2020.

Rob is a keen record collector and an enthusiast for early American music, blues, country, jazz and R&B, as well as traditional folk music, Latin and African.

Still based in Newcastle Upon Tyne, Rob is now thrilled to be working as a booking agent for Strada, and building his roster.