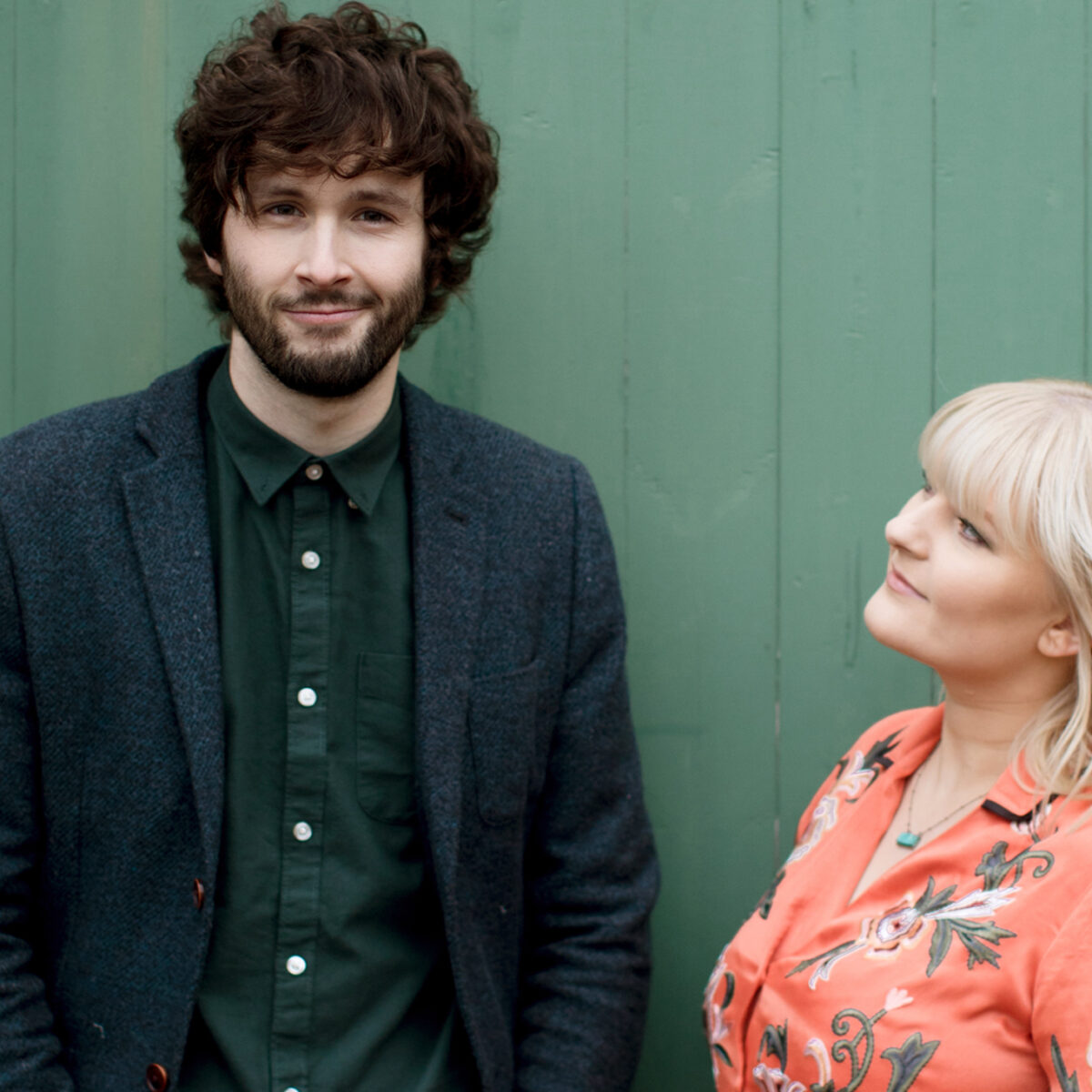 Scottish outfit The Jellyman’s Daughter lands squarely in the middle of an intriguing crossroads between bluegrass, post-rock, folk and soul. Mixing their unique vocal harmonies with wild and visceral cello, driving guitar and sweet mandolin, Emily and Graham write their songs together with a focus on doing something new.

After making each other’s acquaintance in Edinburgh in 2011, the pair soon found a love for playing music with each other, staying up into the wee hours making home recordings. The duo’s debut album, released in late 2014, established The Jellyman’s Daughter as something fresh and exciting. Reviewers unanimously remarked upon the originality in Emily and Graham’s songwriting and arrangements, while they enjoyed the sweet closeness of their vocal harmonies, as well as Graham’s unconventional cello playing. The Sunday Herald (Scotland) made it one of their Top Albums of The Year, noting that “Graham can make his instrument as percussive as a drum, as grounded as a bass or as sweet as a fiddle… when Kelly and Coe sing together, their harmonies squeeze the heart.”

They started 2015 as they meant to go on, winning even more praise following bigger­-exposure live performances, including a nomination for Best Acoustic Act in the Scottish Alternative Music Awards, and spreading their wings much further afield, spending a month touring Germany, The Netherlands and Denmark. After a successful appearance at Folk Alliance International in Kansas City early in the year, Emily and Graham spent 2016 gigging extensively, including a tour of Canada in September, while they returned to Folk Alliance in February 2017 with an official showcase.

The Jellyman’s Daughter have now finished their second album, ‘Dead Reckoning’, a marked step forward in maturity, depth and scope while retaining the affinity that is the foundation of the duo’s sound. The new album takes its title from a navigational term that, when applied to the human spirit, is analogous to navigating our way through life, and how we progress (or otherwise). This theme permeates the 10 songs on the new record in different ways, ranging from the overwhelming sense of bleakness imbued by many world events in recent years to more personal experiences of steering a course through relationships and journeys both physical and emotional. Featuring prominently is banjo player Jamie Francis (of Radio 2 Folk Award nominees Sam Kelly & The Lost Boys) and double bassist Paul Gilbody (KT Tunstall, Adam Holmes & The Embers) while Toby Shaer (Cara Dillon, John McCusker) provides fiddle on two songs. Graham himself wrote the arrangements for the 16-piece string orchestra, while Edinburgh-based composer Luci Holland conducted the ensemble during recording.

In 2018 the Emily and Graham released the album and toured extensively across the UK, Europe, USA and Canada, also releasing the album on vinyl. 2019 has already seen further touring in the USA, and The Jellyman’s Daughter are looking forward to continuing to share their music with new fans and old across the world.

Booking the full quartet for FESTIVALS.