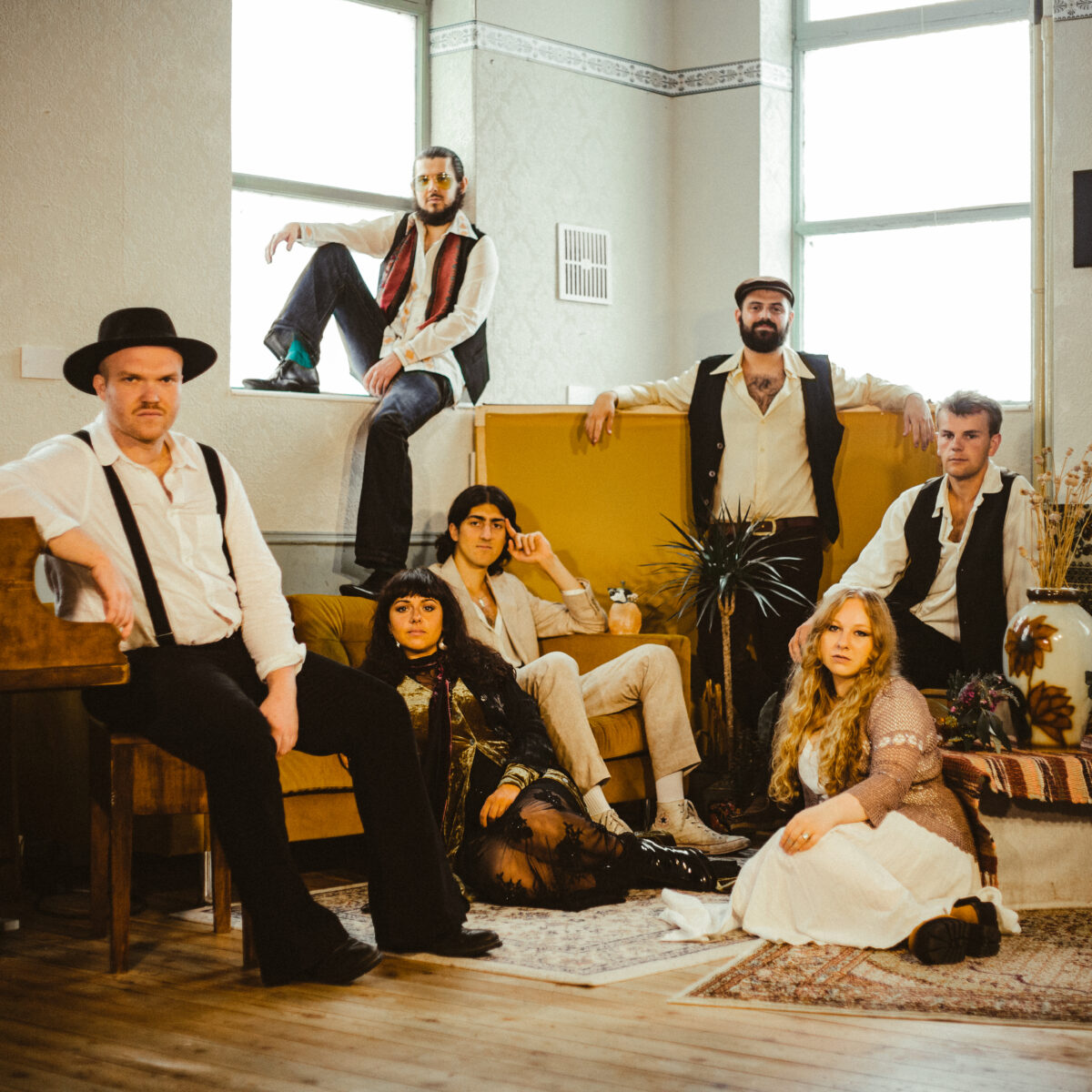 The Belgrave House Band are a collective of virtuoso musicians borne out of the burgeoning Leeds Jazz & Soul scene, with members from Tetes De Pois, Mamilah, Skwid Ink, B-Ahwe and the Tight Lines label.

The 8-piece re-imagine classic albums with incredible attention to detail, and a bouncing energy that takes a unique look at the past while delivering exciting shows very much set in the present.

Their nights have become ‘must-see’ events at the Leeds based Belgrave Music Hall itself and right across the UK.

In the past they have covered Fleetwood Mac’s classic ‘Rumours’, Lauryn Hill’s ‘The Miseducation of …’, Erykah Badu’s ‘Baduizm’, a double show of Amy Winehouse’s ‘Frank’, all to sold out audiences, and with each show featuring guest appearances, giving the show a unique sound and dynamic. This year David Bowie’s ‘Ziggy Stardust & The Spiders From Mars’ gets the Belgrave makeover recognising the 50th anniversary of the starman’s classic album.

This is not a tribute band per-se, the band perform wonderful re-workings of some of the most critically acclaimed, highest grossing, and culturally significant albums of all time, and a chance to engage with a band that embrace the masterpieces and re-work them beautifully.

“… that was fabulous, energy, talent, and joy in bucket loads…”