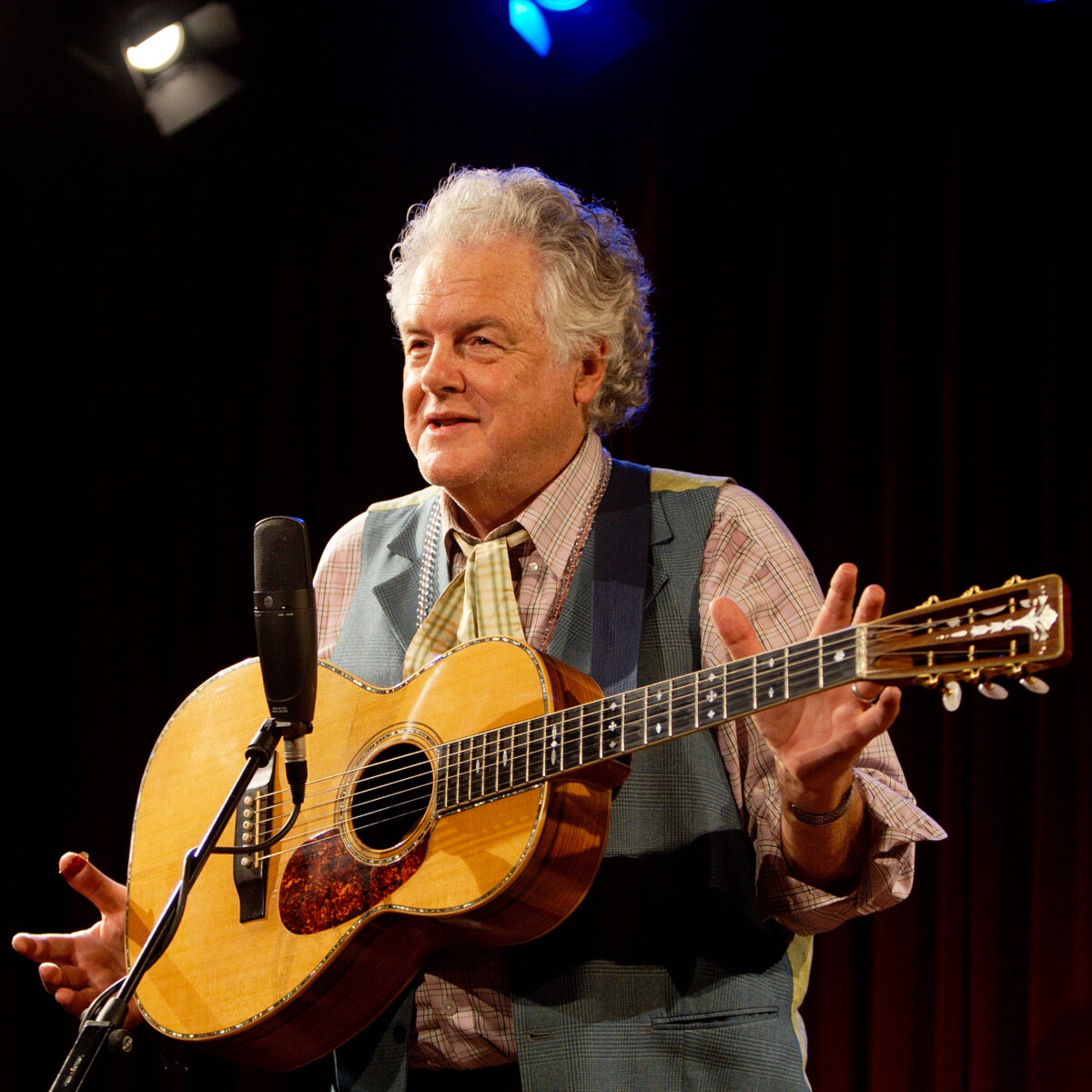 Grammy‐award winner and six-­time Grammy nominee, Peter Rowan is a singer-­‐ songwriter with a career spanning over five decades. From his early years playing under the tutelage of Bluegrass veteran Bill Monroe, to his time in Old & In the Way and breakout as a solo musician and bandleader, Rowan has built a devoted, international fan base through a solid stream of records, collaborative projects, and constant touring.

Born in Wayland, Massachusetts to a musical family, Rowan learned to play guitar from his uncle. He spent his teenage years absorbing the sights and sounds of the Hillbilly Ranch, a legendary Country music nightclub in Boston frequented by old-­‐ time acts like The Lilly Brothers and Tex Logan. In 1956 Peter Rowan formed his first band, the Cupids, while still in high school.

Following three years in college, Rowan left academia and decided to pursue a life in music. Rowan began his professional career in 1963 as the singer, rhythm guitarist and songwriter for the Bluegrass Boys, led by the founding father of bluegrass, Bill Monroe. “One thing I started to like about the Monroe style was that there was a lot more blues in it than other styles of bluegrass,” reflects Rowan. “It was darker. It had more of an edge to it. And yet it still had the ballad tradition in it, and I loved that.”

The late ‘60s and early 70’s saw Rowan involved in a number of rock, folk and bluegrass projects, including Earth Opera, Sea Train, Muleskinner, and the Rowans, where he played alongside brothers Chris and Lorin Rowan. After the Rowan Brothers disbanded, Rowan, David Grisman, Jerry Garcia, Vassar Clements and John Kahn formed a bluegrass band christened Old & In the Way. It was during this incarnation that Rowan penned the song “Panama Red,” a subsequent hit for the New Riders of the Purple Sage and a classic ever since.

Rowan subsequently embarked on a well-­‐received solo career in the late ‘70s, releasing critically acclaimed records such as Dustbowl Children (a Woody-­‐Guthrie style song cycle about the Great Depression), Yonder (a record of old-­‐time country music in collaboration with ace dobro player, Jerry Douglas) and two extraordinarily fine bluegrass albums, The First Whippoorwill and Bluegrass Boy, as well as High Lonesome Cowboy, a recording of traditional and old-­‐time mountain music with Don Edwards and Norman Blake. Since then he has continues to record and continues with a relentless touring schedule which endears him to audiences around the world.