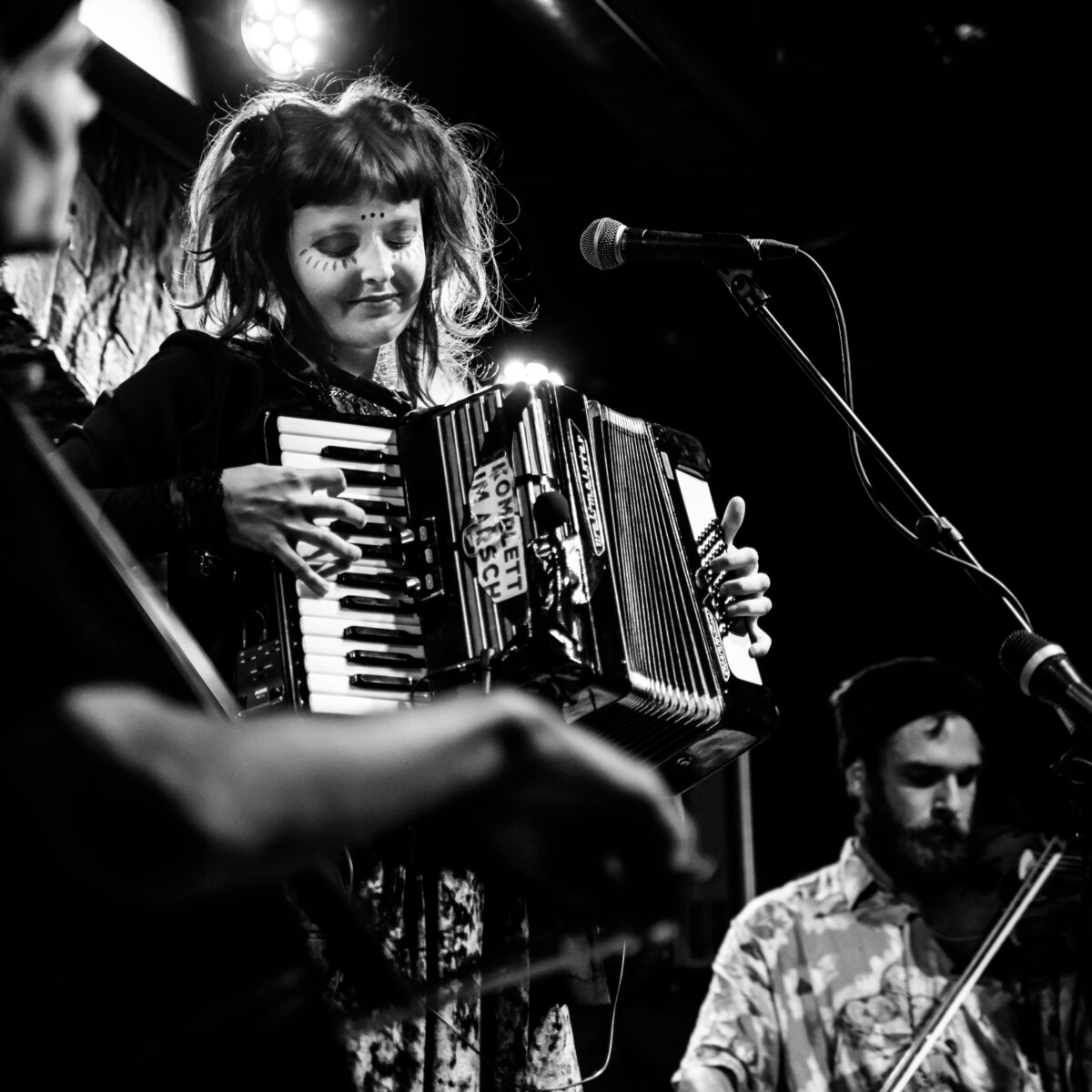 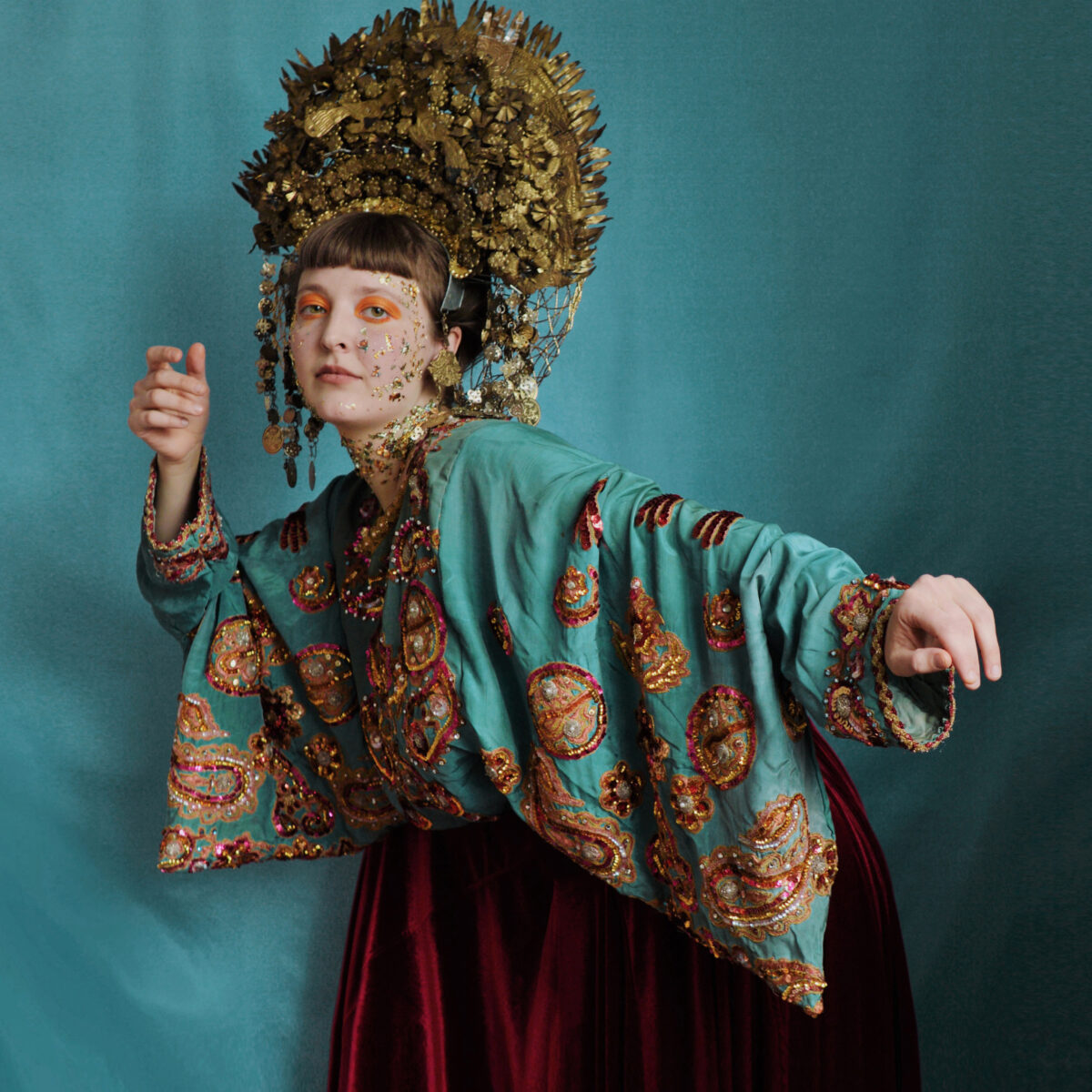 Alicia Edelweiss is an Anglo-Austrian musician based in Vienna. She started her musical career as a street musician and travelled all over Europe for two years, setting off at the age of 19. On her quest for freedom and travelling without any money, she pretty soon discovered her passion and talent for music – back then solely armed with a guitar.

Settling in Portugal for a while, she recorded her first EP in 2012, a 7-track-EP heavily influenced by the Anti-Folk movement in New York Around this time Alicia also began to play the accordion, which has since become her trademark.

Returning to Vienna allowed Alicia to explore new ways of performing and story-telling, and in 2016 released her home-recorded debut ‘Mother, How Could You ~a Sick Tragic Comedy in 10 Acts’.

She has toured her work all over the Balkans, Austria, Germany, Poland, UK, France, Spain and Portugal, collaborating with many different musicians, performers and circus artists.

Performances like ‘Komplett im Arsch – A Tragic Anti-Opera’ (2016) or ‘Ich bin eine Ballerina’ (2018) in which she combines live music, dance and the circus arts all alone on stage.

In 2018, her performance at the renowned 4-day Popfest Wien (Vienna Pop Festival), accompanied by her new band on cello and violin, was described as “one of the most touching, most intimate and at the same time most entertaining performances of the whole Popfest.”

Following her long-awaited first studio album “When I’m Enlightened, Everything Will Be Better” , released in 2019, in 2022 she was the winner of the Hubert von Goisern-Kulturpreis awarded for outstanding commitment, talent, and achievement in music. and she is amongst the selected artists for the NASOM (The New Austrian Sound of Music) program 2023/24.

“Alicia Edelweiss dances with her accordion and casts a spell over the audience with her remarkable vocal acrobatics. She is in fact one of the most interesting musicians in Austria’s musical landscape today.“ – ORF, Austria’s National TV