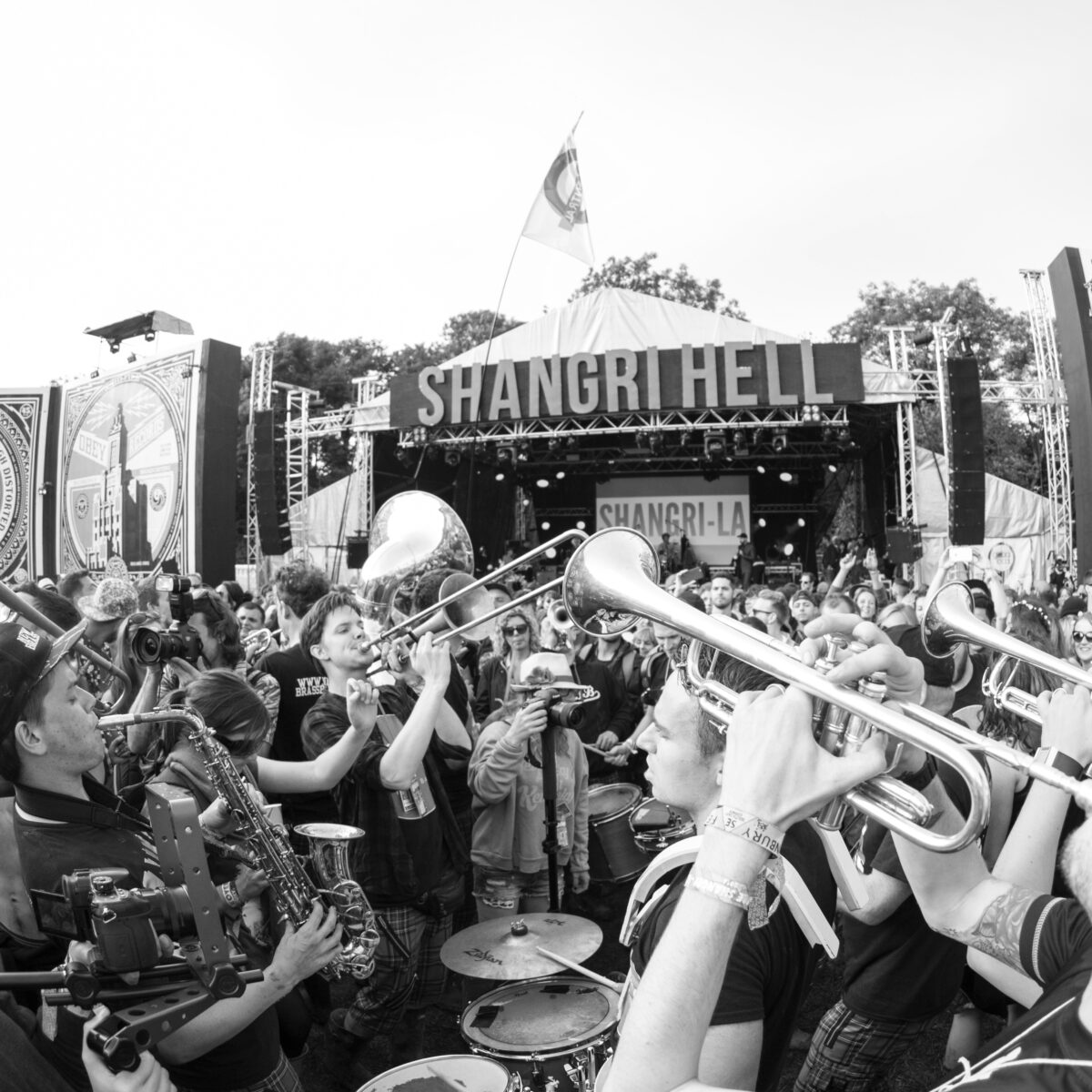 “… a must see genre-splitting band”  The Guardian

New York Brass Band is a powerhouse 7/8-piece line-up of percussion, sax, trumpets, trombones, guitar and sousaphone. The band take its inspiration from contemporary New Orleans musicians, but have a repertoire that ranges from a full on set of party covers to sets of male and female vocals, to thrilling Jazz and New Orleans sets. This is a repertoire that’s evolved and been refined over a decade of gigs giving us music for any occasion.

The band was formed in November 2010, and quickly established itself as a dynamic, flexible band who can perform outside acoustically at a drinks reception or street event, or amplified on a festival stage or club. No gimmicks, no backing tracks, no auto tune, this is music that gets people dancing and a band who make the audience feel part of the show!

They annually play at three of the biggest parties on the planet; Glastonbury, the Notting Hill Carnival in London, and in February at Carnival in Rio de Janeiro.