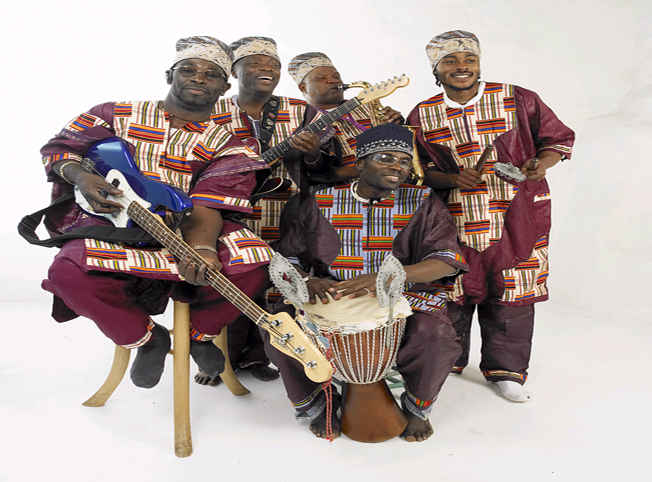 “Kasai Masai successfully marry a respect for vintage grooves with an overwhelming urge to move the dance floor this is the sound of the old and new, of the countryside and the city, from deep in the heart of Africa…”  Womad Festival

Kasaï Masaï bring the traditional sound of remote equatorial African villages to the UK, adding a unique and contemporary twist on the way.

Kasai is a region of Congo that is named after a river in the heart of the rainforest where many tribes maintain their traditional lifestyles. The Masai are a dignified tribe whose lives still centre around a nomadic existence.

Kasaï Masaï are a truly special quintet led by Nickens Nkoso. Playing ancestral music which has been passed on from generation to generation, their sound is rooted in the healing power of the driving percussion and singing combined with the majestic Congolese guitar and jazz saxophone. Written in Swahili, Lingala and Kimongo, the lyrics reflect the cultural diversity of a region where more than four hundred languages are spoken.

Kasaï Masaï give an incredible live show, and even the most rigid of audiences have difficulty standing still in the presence of such absorbing African rhythms!

Kasaï Masaï are very well established in the UK and compliment any lineup – a firm feel-good favourite! 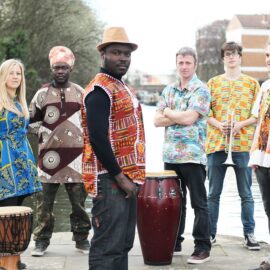 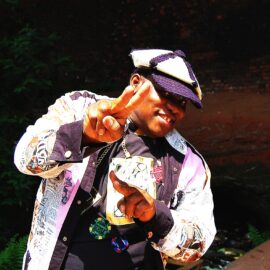 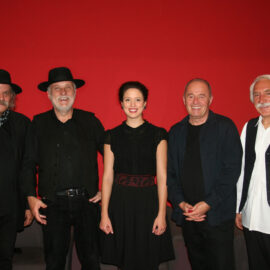