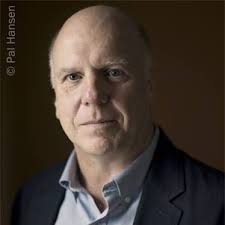 strong>Peter Robinson is the author of the best-selling DCI Banks novels, the most recent of which is Sleeping in the Ground – celebrating Inspector Banks’ 30th Anniversary. He has also published two collections of short stories, Not Safe After Dark and The Price of Love. His novels have been translated into over twenty languages, and he has won a number of international awards, including the MWA Edgar, the CWA Dagger in the Library, the Martin Beck Award, from Sweden, the Danish Palle Rosenkrantz and the Grand Prix de Littérature Policière. He has also won five Crime Writers of Canada Arthur Ellis Awards.

In 2011, the first series of DCI Banks showed on ITV, starring Stephen Tompkinson, and 4 later series have since been shown. Peter was inducted into The International Hall of Fame. His  book, a non-series novel titled Before the Poison, was a number one UK bestseller.

He is available for a special show with Martin Carthy OR Eliza Carthy whereby Peter reads a short story with music and songs interspersed within it by Martin or Eliza. It leads to a highly entertaining , but “Mysterious” evening, of interest to book lovers and music lovers alike! 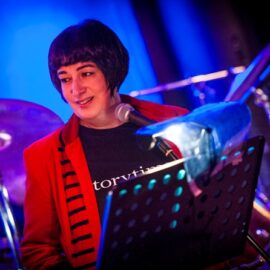