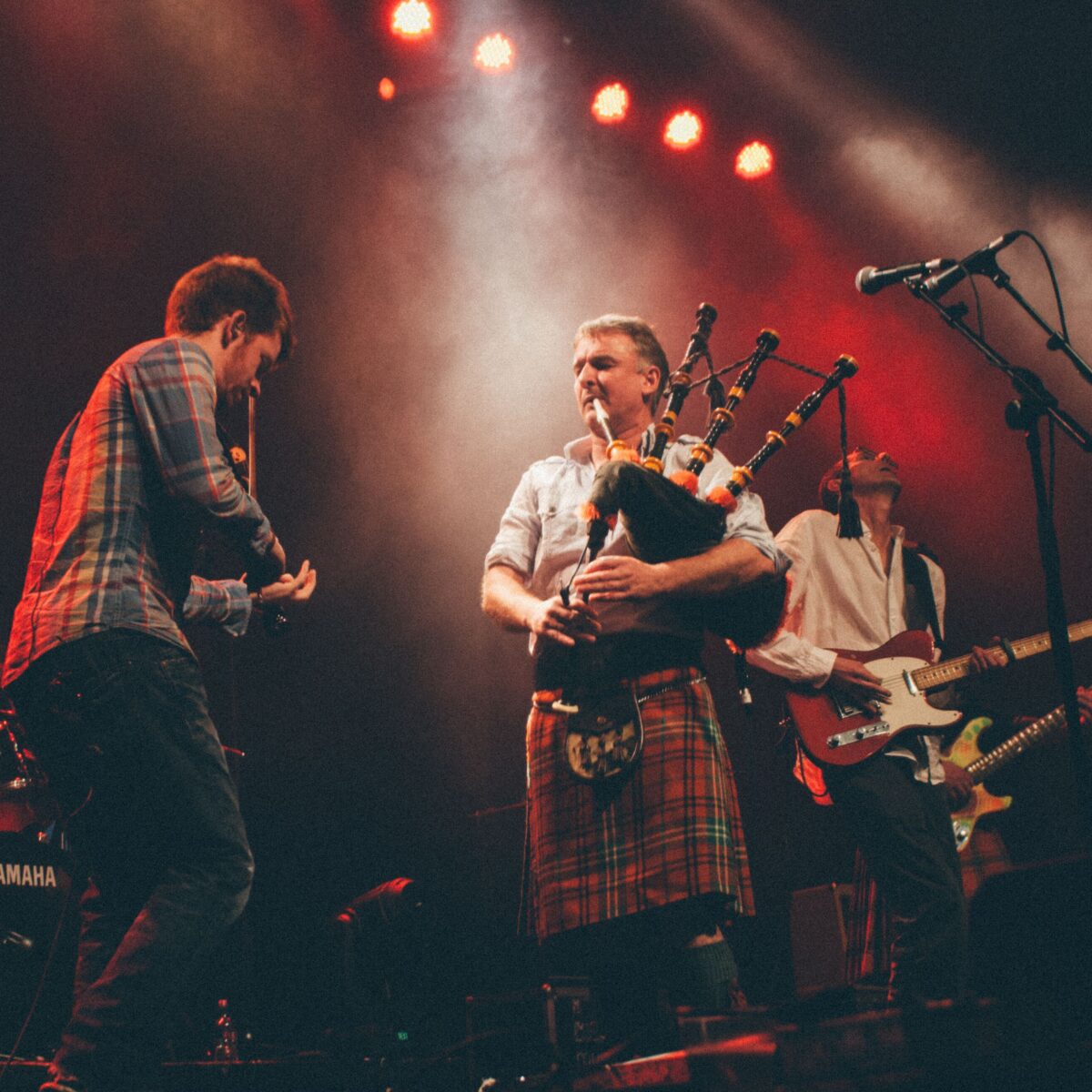 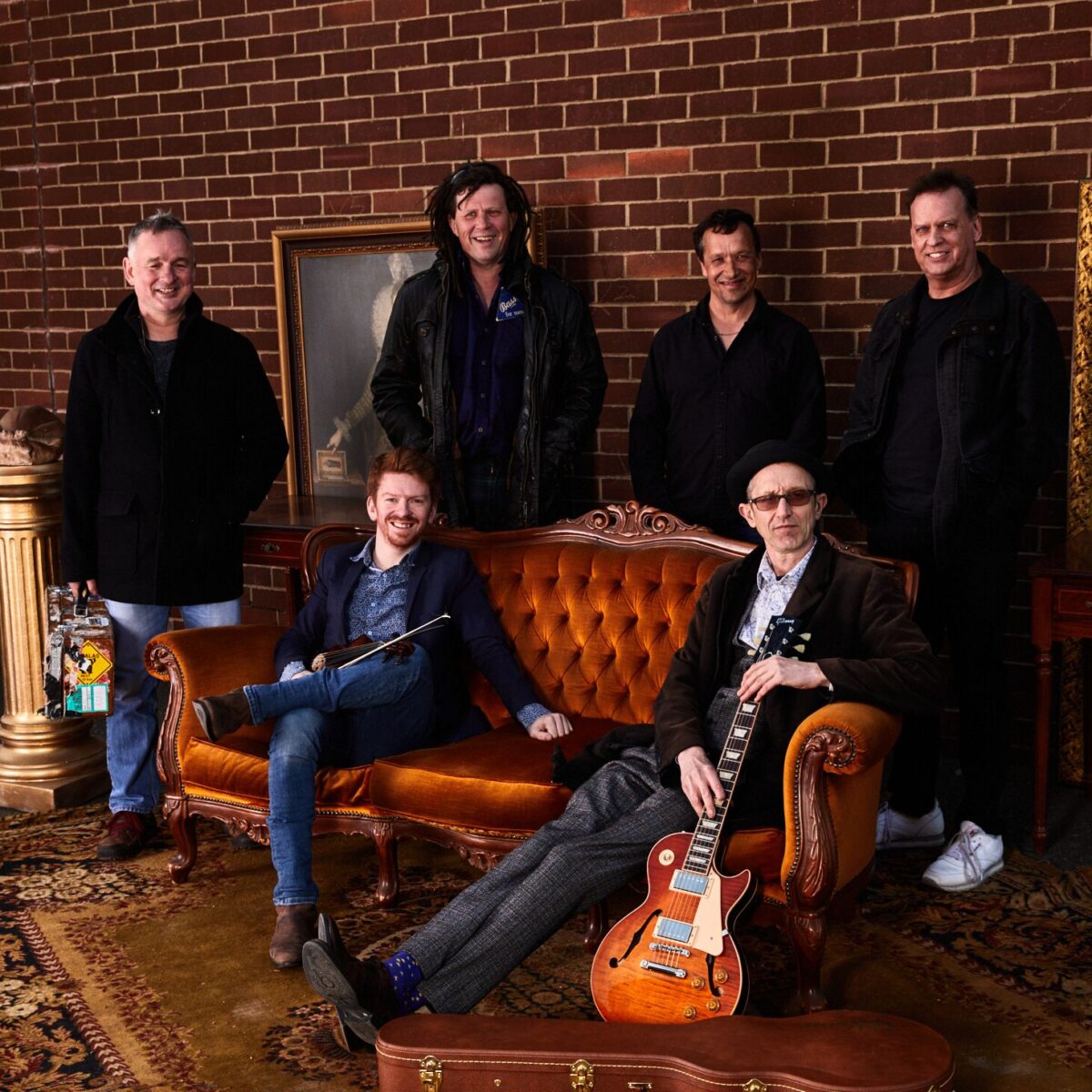 “Nothing prepares you for the high octane music of the Peatbog Faeries. Powerful melodies are dextrously pumped out with a smart degree of techno attitude, while cross-rhythms ricochet over a heavy bass that hits you forcefully like a massive heart beat.”  The Scotsman

Peatbog Faeries celebrated their 25th Anniversary in 2016 on the back of the critically acclaimed album Blackhouse, and 2017 saw the release of a live album Live@25. Their new studio album will be launched in the autumn of 2020.  Hailing from the Isle of Skye, the legendary Scottish trailblazers have created a glorious mixture of traditional sounds and dance-floor grooves that have been embraced worldwide. Drawing upon a dazzling myriad of influences from jigs and reels through Dance Music, Jazz, African, and more, they bring the sound of Scotland fresh-faced and breathless to the new audiences around the world.  Their mainly instrumental music allows the band to develop exciting themes and soundscapes, as well as locking into their trademark hypnotic ‘Celtic Dance’ sound that no-one can resist moving to!

From the moment they take to the stage, the mood is set for a no-nonsense feel-good atmosphere –each number sounding like an encore itself. They tease unlikely combinations from the familiarity of instruments such as fiddle and highland pipes –blending with techno rhythms and soaring sounds and take this to another plane.  The traditional styles that influence the musicians are still to be heard – and when an unexpected drop-down to those glorious core melodies sneaks in -the result is spine-chilling! In short, it rocks-and the audience becomes part of the experience.

The band is made up of Peter Morrison fronting on pipes and whistles that interplay with the amazing fiddle sounds from Ross Couper. Tom Salter on guitar performs subtle licks and chord patterns to crowd-pleasing solos.  Graeme Stafford’s keyboards provide a perfect link to the backline machine of Innes Hutton on pounding bass and Stuart Haikney on drums that hold it all together with style.

Peatbog Faeries have become firm favourites at festivals and venues across the UK – and have toured the world with their inventive and unique brand of music never failing to fill the floor and delight crowds.