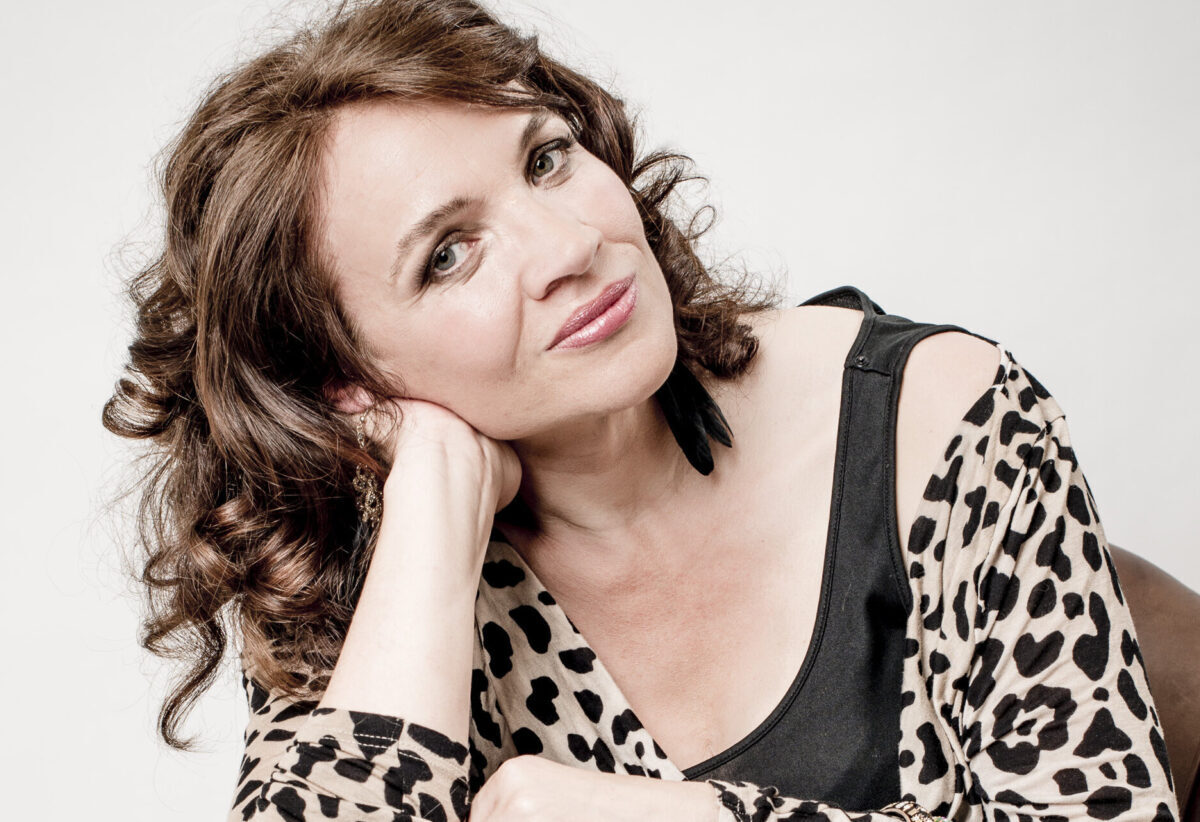 Jacqui Dankworth is one of the most highly regarded vocalists in the UK. Her concert appearances and her stylistically diverse recordings showcase her virtuosic, seemingly effortless mastery of a wide spectrum of genres.  Known primarily as a jazz singer, Jacqui’s unique musical palette also draws on folk, soul, classical, blues, and numerous other influences.

Her CD, “Live To Love”, garnered rave reviews and features many of her own original compositions.  Recent concert appearances have included New Year’s Eve with the Liverpool Philharmonic, a special performance of her “Songs Of Stage and Screen” programme with the RTÉ Concert Orchestra, Cadogan Hall in London with members the RPO and the BBC Big Band, and as guest vocalist on Radio 2’s Friday Night Is Music Night.  She appeared as Eleanor in The Opera Company’s production of Alben Berg’s “Lulu” (entitled “American Lulu”) with the London Sinfonietta.  Tour dates included the Edinburgh Festival, the Bregenzer Festspiele in Austria, and the Young Vic in London.  Recent television appearances include live performances and interviews on BBC Breakfast, the Paul O’Grady Show, and The One Show.

As well as being a musician she is also an accomplished actor, having performed leading parts with the Royal Shakespeare Company, the National Theatre, and in London’s West End.  Highlights include the part of Cinderella in Steven Sondheim’s London premier of “Into The Woods”, “Sophisticated Ladies” (a celebration of the music of Duke Ellington) and “Les Liaisons Dangereuses” with the RSC.  Jacqui appeared as Rosa in the second series of “The Borgias” starring Jeremy Irons (Showtime TV) and made a cameo appearance in the film “Les Miserables” directed by Tom Hooper.

“One of our finest singers, regardless of category.”The Sunday Times

2016 saw the 400th anniversary of Shakespeare’s death. Jacqui thought it would be most appropriate, therefore, to visit the musical settings of Shakespeare’s poetry inspired by and taken from the seminal album “Shakespeare And All That Jazz” that was composed by her late father Sir John Dankworth. Settings such as “Shall I Compare Thee To A Summer’s Day”, “O Mistress Mine” , ” Fear No More The Heat O’ The Sun” the story of “Macbeth” and a comical setting of Shakespeare’s complete works!

The brilliance of the music, the genius of Shakespeare’s poetry and world class musicians combined with Jacqui’s emotional and virtuosic voice makes for a very special concert.