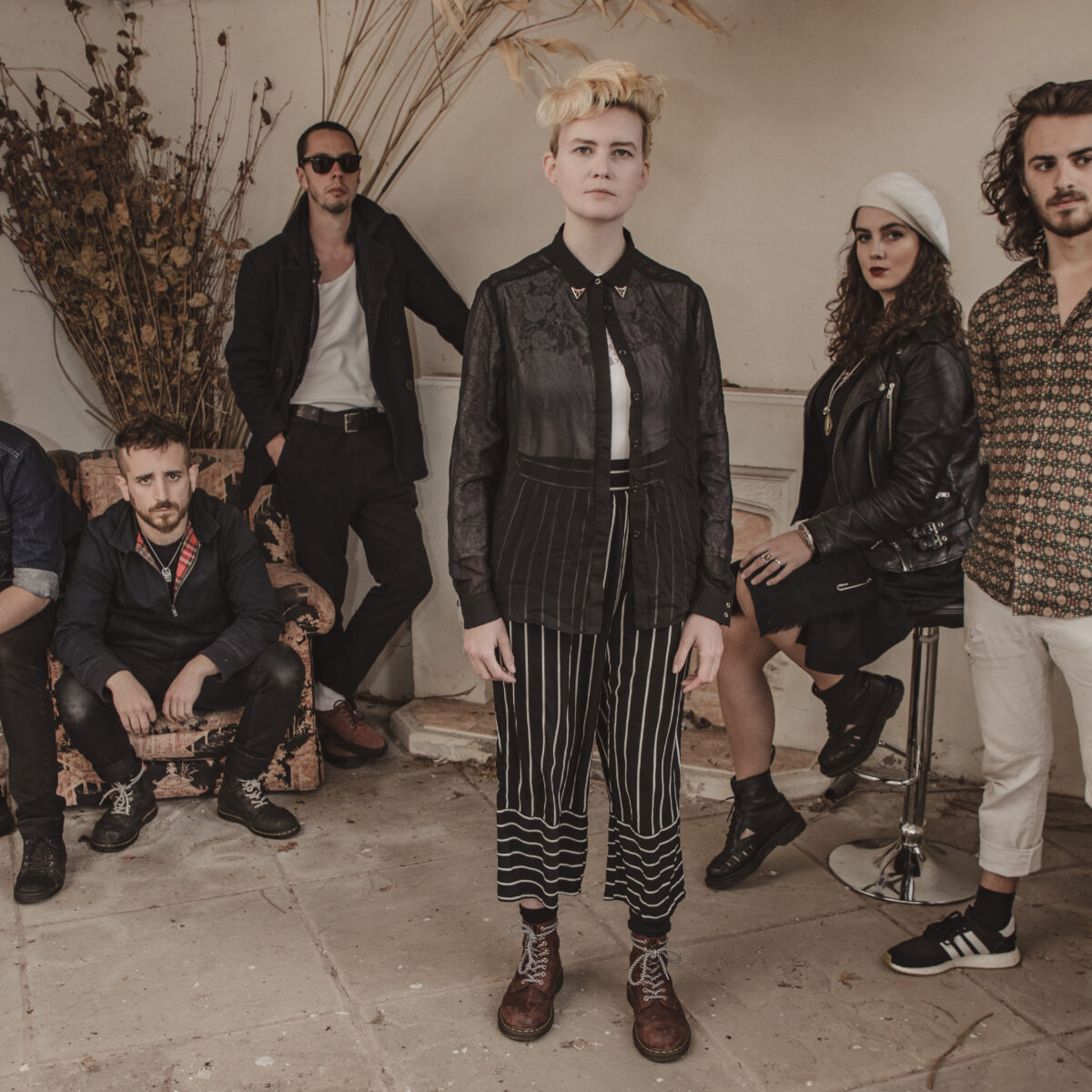 Holy Moly & The Crackers are the innovative and fiery folk-rockers from Newcastle-Upon-Tyne in the North-East UK, who bombastically mash together unique flavours of Ahttps://www.holymolyandthecrackers.com/mericana, rock and indie with a circus punk edge, and have become renowned for their blazing live shows.

Building a loyal and enthusiastic fan base over the years, the six-piece first tasted success with the release of their album Salem on their own Pink Lane Records, when lead single ‘Cold Comfort Lane’ was picked up by Hollywood and used in the vibrant, stick-it-to-the-man blockbuster Oceans 8 in 2018. Since then, they have sold out shows across the UK and Europe and graced the stages of innumerable festivals, including Glastonbury and Colours Of Ostrava in Czech Republic.

Working again with Salem producer Matt Terry, they recorded and released their follow up album Take a Bite in 2019, described as a “swaggering album that showcases a riotous blend of styles” by Louder Than War. Once again Holy Moly & The Crackers hit the road in full throttle, joining ‘shanty punks’ Skinny Lister on tour around Europe, before appearing at over 30 festivals, and finally undertaking a victorious headline lap of the UK, culminating in selling out their biggest show to date at Sage Gateshead on the banks of the Tyne.

2020 saw the band blasting out of the blocks with their new single ‘Road to You’, “a shot of espresso, that comes loaded and ready to work in a short, sharp shock”. They were set to play 27 dates across 10 countries on their biggest European tour to date, as well as support Frank Turner across France and Germany, and return to Glastonbury for its 50th anniversary. But, well, you know what happened next.

Across the pandemic the band built their own studio where they self-produced and recorded the most recent single ‘Cry Wolf’, which found its way onto the prestigious Blues & Roots Rock Spotify playlist. In late 2021 the band managed, among the chaos, to head on tour, performing to capacity crowds across the country.

2022 will see Holy Moly & The Crackers retreat into their crazy chocolate factory to conjure up a whole load of magical, insane musical treats, with releases and tours planned for next year and beyond.