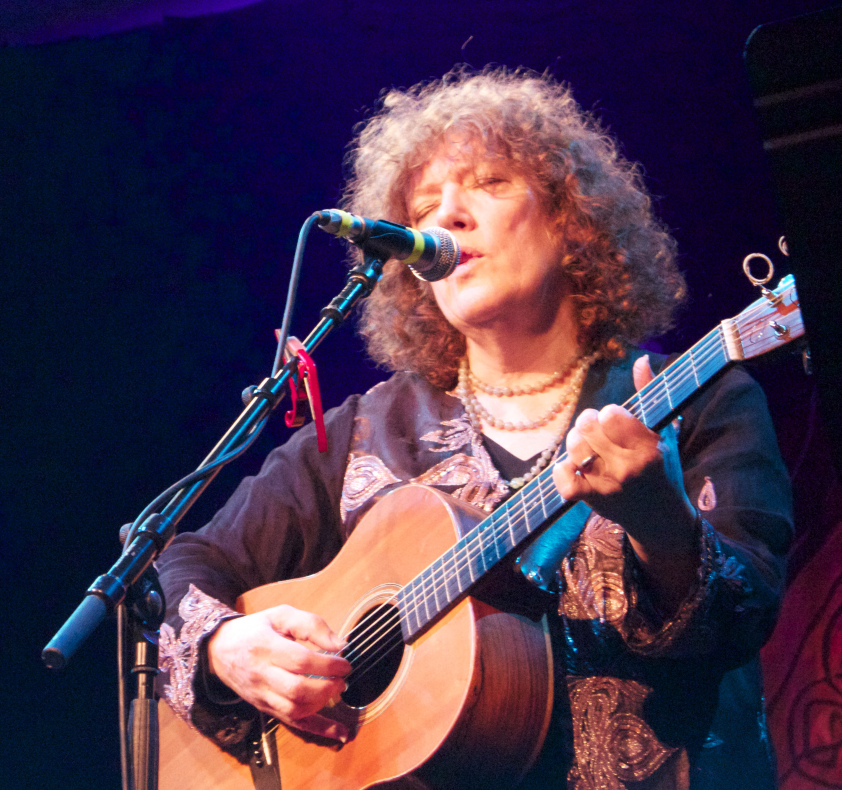 Legendary English singer-songwriter Bridget St. John is touring the UK in summer 2023. Bookings are now being taken for festivals and all venues.

Bridget will be appearing solo and with cellist and songwriter Sarah Smout.

Mention of the legendary Bridget St John often seems to induce a misty-eyed, faraway look; many a student room in the Sixties and Seventies would have echoed to her distinctive voice.

Bridget’s impressive voice is deep and resonant. It’s a voice made for melancholy, and you can’t argue with her musical ability, whether it is singing Dylan, a tribute to her friend John Martyn, or her own work.
An accomplished guitar player, Bridget credits John Martyn and Michael Chapman as her ‘musical brothers’.

Bridget St John was born and raised in London. After graduating from Sheffield University in 1968, Bridget made her first demo with John Martyn’s help, on a reel to reel tape deck owned by singer/songwriter, Al Stewart. Within weeks Bridget was recording her first BBC radio broadcast for John Peel’s eclectic Wednesday evening BBC programme Night Ride. John Peel took Bridget under his wing and there followed more BBC radio and TV sessions as well as live performances.
When Peel and business partner Clive Selwood formed their own record label, Dandelion, Bridget St. John was one of the first signings.

From 1969 she recorded three albums for  Dandelion,   ‘Ask Me No Questions, Songs for the Gentle Man, and Thank You For‘  and she became a mainstay of the booming UK college and club circuit. She continued touring in the UK until she made the decision to move to New York in the summer of 1976 – settling in Greenwich Village.  Bridget played prominent Village clubs – The Bottom Line, The Bitter End and Kenny’s Castaways – as well as college and club dates in the Tri-state area. She also appeared at Carnegie Hall and at Central Park opening for Robert Klein and Dion.

Bridget continues to write and perform solo, or with Galen Ayers reinterpreting songs written by her father, Kevin Ayers, and most recently forming a band in collaboration with David Nagler, Annie Nero and Ray Rizzo.
Bridget St John returns to the UK for short tours every three or four years to perform in small intimate venues.

Bridget St John will be touring in the UK in July & August 2023. She will be available for Festivals and venue bookings.