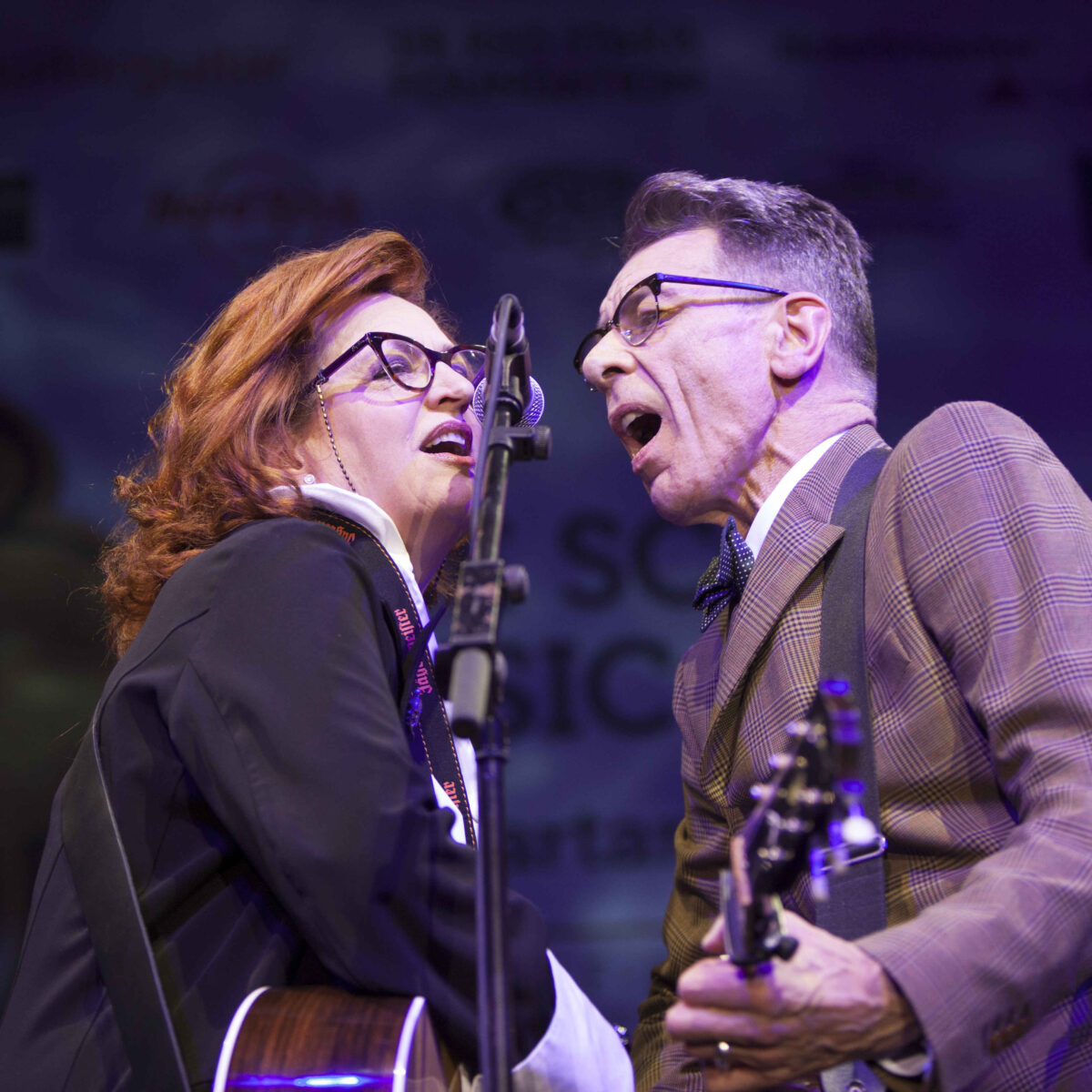 Barbara Dickson and Rab Noakes have been friends since they were teenagers, singing and playing in venues around Scotland.

As separate acts they often found themselves performing alongside each other (and other musical luminaries) creating a lifetime bond.  Subsequently, they have ‘occasionally’ performed live, sang on each other’s records and remained friends for over 40 years. Both have diverse careers and have won awards and praise for their solo work in many fields.

In recent years they reunited to perform a wonderful blend of folk songs, classic pop influences and self written favourites. Rab’s continuing reputation as one of Scotland’s finest singer-songwriters and Barbara’s skills as an interpreter of new and traditional songs provide an enviable platform for this unique show.

The pair share common ground with their respect for artists such as Dylan, Beatles and the Everly Brothers which when mixed with their experiences of the folk revival of the 1960s and beyond, create a stage show they are keen to share – and are delighted to be ‘going on the road’ together.

From her folk scene roots of the late 1960’s through to mainstream chart success with hits including ‘Answer Me’, ‘Another Suitcase in Another Hall’, ‘January, February’ and the million-selling number one single, ‘I Know Him So Well’, Barbara Dickson has long since cemented her status as one of the UK’s best-loved performers. As Scotland’s best-selling female album artist she has earned 6 platinum, 11 gold and 7 silver albums. Her stage career has included the roles of the original Mrs Johnstone in Willy Russell’s long-running musical, ‘Blood Brothers’ and as Viv Nicholson in ‘Spend Spend Spend,’ both of which have won her an Olivier award for ‘Best Actress’. Barbara was awarded an O.B.E. by Her Majesty the Queen in the 2002 New Year’s Honours for her services to music and drama and, with an album of the songs of Gerry Rafferty, and her latest release  ‘Winter’ she continues to record and to play to sold-out audiences throughout the UK

Rab Noakes emerged as a key player in one of the early waves of singer-songwriters in the 1970s. Since then he has enjoyed a varied and illustrious musical life including being a member of Stealers Wheel, writing songs for hit-makers Lindisfarne, regular appearances on iconic shows such as John Peel and The Old Grey Whistle Test, lots of records, interesting collaborations and consistent touring. TV, radio and live appearances continue apace and he is currently at work on a new album, ‘I’m Walkin’ here’. 2015 sees the 40th anniversary of his seminal ‘Red Pump Special’ album, made in Nashville in 1973 and which contained celebrated Noakes songs such as ‘Branch’ and ‘Clear day’.